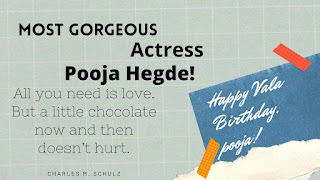 We also saw recently a photo of Pooja Hegde with Prabhas. where the two are seen in a different way and both look very good. We also saw a moving poster from the movie Radhe Shyam which has great music by music directors Mithoon, Amaal Mallik, Tanishk Bagchi, and Manan Bhardwaj.

Prabhas and Pooja Hegde work together for the first time in the film Radhe Shyam. But Prabhas has made many romance/Love movies during his career, and fans love to watch his love story movies.

Pooja Hegde will also appear in a movie with Nagarjuna’s son, Akhil Akkineni. And she’s looking gorgeous in this movie, her expression, her eyes drive fans crazy, make them watch over and over again.

Pooja Hegde will soon appear in Tamil actor Vijay’s film ‘Beast.’ Actors Vijay and Pooja Hegde also are working together for the first time on the same film. But both actors should play really good characters in there, too. 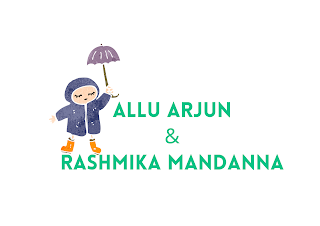 A successful director of the South Indian Film Industry, Devi Sri Prasad has such magic or DSP know how to play with listeners hearts! DSP did so many projects in Allu Arjun’s Movies and has too many blockbuster albums with Allu Arjun!
Really Fans of Devi Sri Prasad are waiting for his wonderful come back again in the competition of music directors.

Will the Pushpa movie release on 17th December or it will be changed?

Director Sukumar is always known for his movie scripts, dialogues and giving his cast a different character and looks.

Allu Arjun’s Pushpa Movie Director Sukumar said that there will be no change in Pushpa’s release date, the release date which we have finalized earlier, will release Pushpa movie on the same date.

Pushpa is a movie made in a forest, whose information has not been released yet. Pushpa Movie stars Tollywood icon star Allu Arjun and the gorgeous Rashmik Mandanna in lead roles. Also, Malayalam actors, Fahad Faasil and Sunil are also playing roles in Pushpa Movie

In Pushpa Movie, Allu Arjun is seen in a different form from his old characters. The looks and expressions shown in the photos and clips released by the Pushpa Movie Team of Allu Arjun are being loved by the fans. Allu Arjun will be seen as Prakash Raj in the Pushpa movie.

Well, Allu Arjun is mostly seen in his stylish look in every one of his movies. Which fans like very much. But Allu Arjun is seen in different looks in his upcoming movie Pushpa.

In Pushpa, the best actor in the Malayalam industry, Fahad Faasil is also has a villain role in  Pushpa Movie, he is also will be seen playing a different character in his career.

Ghani: Varun Tej’s Boxing Movie has To be released soon! 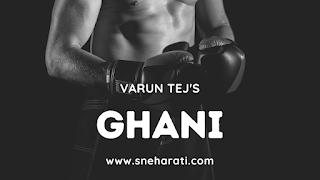 The Glimpse video from Varun Tej’s movie Ghani has just been released, in which Varun Tej looks very spectacular. In addition, the video also announced the release date for the film Ghani

After the success of the two films,

Varun Tej is back with his new film Ghani, written and directed by Kiran Korrapati. In the compact film, Varun is seen to be huge and unrivaled in shape, and he has worked hard for what this photo of himself shows.

Varun Tej gave a very strong performance in his film Gaddalakonda Ganesh, and we can expect an even better performance from him in Ghani.

Apart from Jagapathi Babu in Varun Tej’s Ghani film, there are also Other actors Bollywood actor, Sunil Shetty and Kannada Actor Upendra who plays an important role in this film.

Glimpse’s video shows that it is a sports drama and that Varun Tej is in the form of a boxer. Varun Tej is generally known for his family dramas and love movies, but looking at his film Gaddalakonda Ganesh, we can say that Varun Tej is a versatile actor. And Varun Tej’s next film Ghani will hit the theaters.

Ghani film music is provided by Thaman, Thaman is one of the most prolific music directors of the current era. His music is well-liked, be it love music, action music, mass music or playing with the hearts of the fans, Thaman is very good at this.

There is also Jagapathi Babu in Ghani, he is a brilliant actor and is especially seen in the villain role. Jagapathi Babu plays the role of a villain, but everyone loves him as much as a hero.