So Finally here is the good news for Superstar Mahesh Babu Fans. 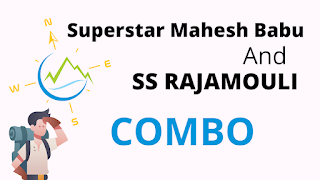 So will this be the next SS Rajamouli film with Mahesh Babu?

But Recently Mahesh Babu confirmed his next movie and said that after Sarkaru Vaari Paata, with whom the next film will be.

Will Mahesh Babu next film is with director S Rajamouli?

On such a question of the journalist, Mahesh smiled and said that, I am currently working on my upcoming film Sarkaru Vaari Pata. My film Sarkaru Vaari Paata will release only in South India. He told on his pan India movie which Mahesh Babu`s fans were waiting for many years. I wanted to make a film at the right time, at the right film, and that opportunity and moment came. My next film is with director SS Rajamouli Sir And my film will be released all over India in all languages.

After all, because of Corona, the Indian Film Industry was swallowed up by dust, now it is slowly gaining glory. After Corona, all cinemas in the South have opened and