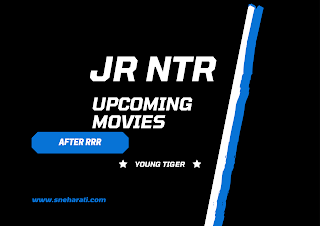 After the blockbuster, Arvainda Sametha Veera Raghava, Jr. NTR signed a film with director SS Rajamouli and Jr. NTR worked hard for the film. He said in an interview that ‘I took 18 months of training for the character of the SS Rajamouli film.’ Filming for the SS Rajamouli RRR Movie has been completed and the RRR team is eager to release the film as soon as possible.

Jr NTR signed the film with KGF director Prashanth Neel and Director Koratala Siva. Jr NTR and Koratala Siva also delivered a fantastic and blockbuster film in 2016 that audiences enjoy even today. Jantaha Garage is one of the best films also starring the legendary Malayalam actor Mohan Lal. Koratatal Siva is known for his social messages and excellent dialogues through his films. And again Jr NTR will team up with Koratala Siva which has been officially revealed. Several sources have revealed that Jr NTR will be seen as a political leader and college leader in the NTR30 Directed by Koratala Siva. Multiple sources have confirmed that Bollywood actress Alia Bhatt may also be working on Jr NTR and Koratala Siva’s upcoming film NTR30.

On Jr NTR’s birthday, KGF director Prashanth Neel wished NTR to state that I would try to justify all of NTR’s capabilities in NTR and my next film NTR31. Recently, Prashant Neel’s wife said on a question of a fan that Prashant Neel’s favorite actor is also NTR, Prashant Neel has been wanting to work with NTR for a long time.

Prashanth Nile is currently working on the release of KGF2 and Prabhas and his next film Salar And so far there has been no disclosure or update of Prashanth Neel’s NTR and NTR31.

Jr NTR has read a lot of scripts and there is some excitement that NTR is also in discussions for it his upcoming films with Tamil director Atlee,  Bachi Babu, Vetrimaaran, and the director Trivikram. However, for now, no rumors have been officially confirmed even though NTR is busy promoting the upcoming RRR film and shooting for the EMK Show.

If you want to know more about the next NTR RRR movie, you can read our article by clicking on the RRR Movie.