Who is one of the finest actor in India ?

Who is one of the best and finest actor in India, the Indian film industry? 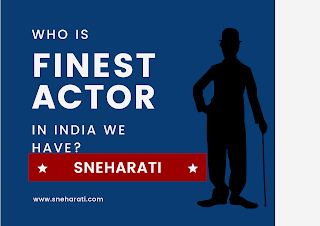 “Young Tiger NTR”, Jr NTR aka Nandamuri Tarak Ramarao is one of the best and finest actor in India and in the Tollywood film industry.

Why is Jr NTR  one of the best actors in India?

Jr NTR aka Nandamuri Tarak Ramarao Jr. kicked off the industry early in his film career  “Aadi”. Aadi is a film that set more records and broke the previous records of Megastars Chiranjeevi, Nandamuri Balakrishna, Nagarjuna, and many top superstars of Tollywood and became an industry hit in 2002.

What is Jr NTR’s debut film as the protagonist?

Nandamuri Tarak Ramarao Jr. debuted as a protagonist in 2001 with the film “Ninnu Choodalani” with actress Raveena Rajput and directed by V.R. Pratap The film also fails but everyone praises his acting.

Which were Jr NTR and SS Rajamouli’s first blockbuster films?

Nandamuri Tarak Ramarao Jr. who is like his grandfather The late legendary Nandamuri Tarak Ramarao Sr. Jr. NTR has worked with many directors and gave his best performance in every film after achieving success with film Aadi in 2002, he gained more fans and celebrities and gave him another success in his career. And he worked again with India’s best director SS Rajamouli with the film “Simhadri” in 2003 and Simhadri broke all previous records in the Tollywood film industry, the Indian film industry; and became an industry hit. after aadi film became the biggest hit in the Tollywood film industry, Simhadri also became the best of his career in SS Rajamouli.

After Simhadri’s movie, #ManOfMassesNTR Jr NTR made his place in everyone’s heart and earned unparalleled fandom at the time; people started praising him as  #ManOfMassesNTR for his mass dialogue, emotion, mass action, and mass expression
Jr NTR has a huge following in the Southern Film Industry and Tollywood Film Industry and is certainly one of the best and best in India actor in film industry south, one of the best actors and a big celebrity in the Tollywood film industry as well.

Who is the king of dance in India?

Jr NTR gives his best performance In  Ashok Rakhi’s film, Samba gave the hits of the time and rejoined SS Rajamouli. Jr NTR made an unmatched performance with best Indian director SS Rajamouli with film “Yamadonga” in 2007 dialogue, acting, emotion, intensity is still unmatched, that’s why Jr NTR is the only All Rounder actor in India and one of the best actors in India who can do any role, mass acting, comedy, perfection in characters who can dance perfectly in one take, who can sing well, Jr NTR has emotion, versatility, style, appearance, expression, dance AND recent This is Pawan Kalyan praising Jr NTR with his words, “Jr NTR is the King of Dancing”.

Jr NTR delivered more success in the Tollywood film industry with  Brindavanam, Badshah, Oosaravelli filming a record 1 day; after  Jr NTR saw downs in his life with failed films but he is the one who taught us to Never Give up and keep his promise and made a comeback with  “Temper” Puri Jagannath film with actress l “Kajal Agarwal” and was praised for her looks and body transformation too for his performance, his dance as “King Of Dancing”, his style, his love affair with “Kajal Agarwal” and giving super hit.  Who are the trendsetters in Tollywood?

Who is the style trend maker in Tollywood?

Jr NTR has never looked back on delivering a High-level performance in the film “Nannaku Prematho” in the direction of Sukumar with actress “Rakul Preet Singh”. In that year Jr NTR aka Tarak, Nandamuri Tarak Rama Rao gave another blockbuster film with director Siva Kortala and legendary senior actor “Mohan Lal” with actresses Samantha and Nithya Menon “Jantha Garage” both films trending beards and hairstyles seen in their youth. that’s why Jr NTR is also known as Style Trend Maker in Tollywood.

Who is the best versatile actor in India?

Will there be a change in the release date of Director SS Rajamouli’s Upcoming Movie RRR? RRR Movie is the Biggest Action movie where great actors have worked. However in the